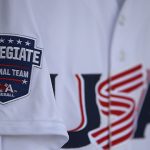 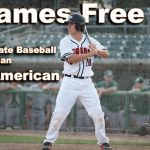 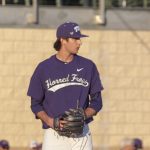 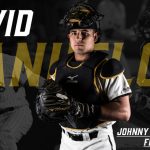 June 5, 2017 WICHITA, Kan. – The Greater Wichita Area Sports Commission announced the three finalists for the 2017 Johnny Bench Award on Monday, with Long Beach State junior David Banuelos making the cut. The award is given each year to the best catcher in college baseball, and will be presented at an awards banquet 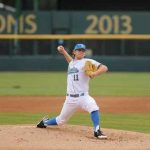 Olsen, a sophomore right-handed pitcher, received his first All-Pac-12 nod after finishing the regular season with a 7-1 record and a 2.91 ERA in 14 starts. He ended the season with a team-best .205 opposing batting average and was second on the team in innings pitched and strikeouts. Olsen ranked top-10 in the Pac-12 in 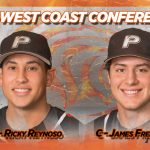 by Travis Kennedy Both teams showed up and played exciting, error-free baseball, but the difference in the end was an extraordinary start by TCU’s Nick Lodolo. The highly-touted freshman threw 106 pitches in eight full innings of work. He allowed just one run off of four hits with three walks and four strikeouts. But it’s

Wednesday, April 26, 2017 3:15 PM Los Osos High School AWAY 4 Damien High School HOME 5 Game Recap The Spartans pick up a walk off win over Los Osos after theee straight hits from Kalani Matton, Isaiah Paige, and Andy Garriola in the bottom of the 7th. Isaiah Paige also picked up the win 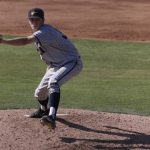 Andrew Shortall, Asst. Sports Information Director RIVERSIDE, Calif. – A big statement was made in the NCAA Division II West Region when California Baptist University completed its PacWest series victory over top-ranked Azusa Pacific on Saturday. APU won game one of Saturday’s doubleheader at Totman Stadium, 9-3, but the Lancers answered with a 6-1 victory

Monday, April 10, 2017 3:15 PM Damien High School AWAY 3 Chino Hills High School HOME 0 Game Recap Isaiah Paige was lights out as he led the team to victory, tossing a complete game shut out, surrendering only 1 hit. It took only 52 pitches for him to shut down Chino Hills. Scott Hartill

No Events This Week

Events are added by athletic staff.
View All Events