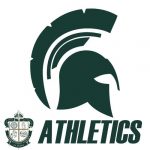 Our 2019 Returning Football Parent meeting will be held this Wednesday, May 16 at 5:30pm in the Athletic Center. A minimum of one parent should represent each player. We look forward to kicking off the 2019 season. 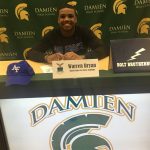 Congratulations to senior, Warren Bryan on his commitment to USAFA! 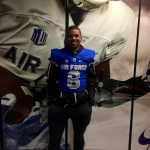 Senior, four year starter at quarterback, Warren Bryan, has announced that he will continue his football career at the United States Air Force Academy. Bryan holds nearly every career passing record for the Spartans and during his senior season, led the team to an appearance in the CIFSS quarterfinals. The entire Damien community wishes Warren 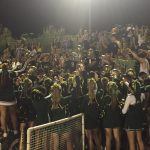 Damien will host Capistrano Valley High School in the quarterfinals of the CIFSS Division 4 playoffs this Friday, November 17th. The game is scheduled for a 7:00pm start. Tickets will be available for purchase beginning Tuesday, November 14 at school lunchtime in the athletic office and will remain on sale everyday leading up to the 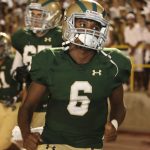 SoCal Prep Legends Boys Athlete of the Week Name: Warren Bryan School: Damien Sport: Football Year: Senior Noteworthy: The Spartans quarterback had his best game of the season in the first round of the Division 4 playoffs, throwing for 399 yards and five touchdowns in a 45-28 victory over Paso Robles. But that wasn’t all, he also rushed for 138 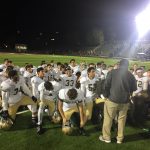 Friday, November 10, 2017 7:00 PM Damien High School AWAY 45 Paso Robles High School HOME 28 Game Recap The Spartans came in to their first round playoff game looking to make a statement. In big games, teams often look to their most experienced players and leaders to have big nights. Damien got just that

Your Spartan football team is on to the playoffs for the second year in a row. The team will travel to Paso Robles this Friday in their first round game at 7:30pm. Who’s ready for a road trip?

No Events This Week

Events are added by athletic staff.
View All Events