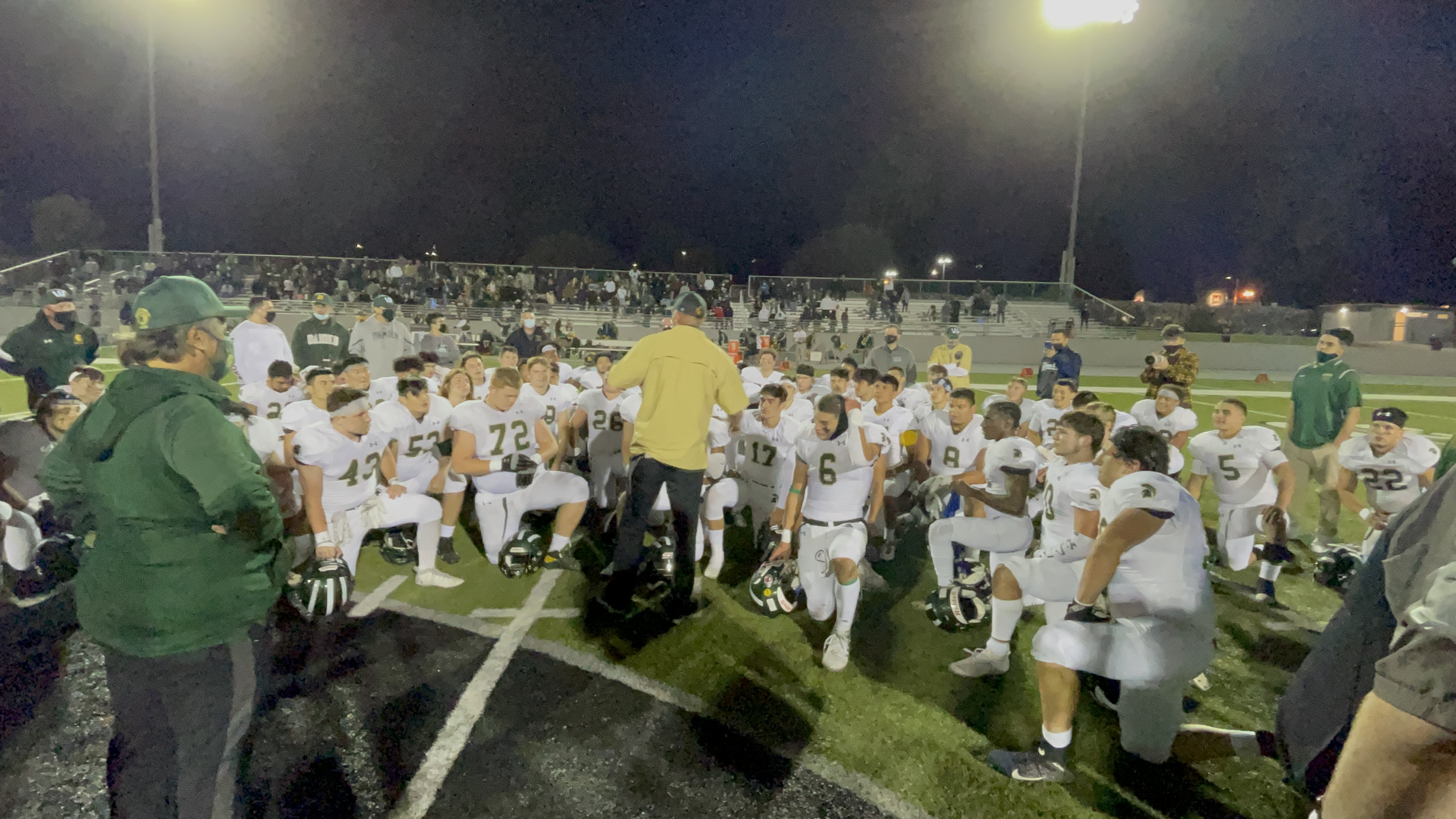 In what will go down as a year to remember, Spartan Football went out in epic fashion. The final game of the year was being dubbed the Baseline Bowl as Damien and Upland squared off. Senior quarterback, Donovan Smith was incredible in the first half throwing for three touchdowns to three different receivers and over 200 yards. Damien and Upland found themselves tied at 21-21 at the half. The second half was a much different story. The Spartans dominated the second half behind senior running back, Steven Munoz, who ran for three second half touchdowns. The Damien defense was also excellent in the second half holding Upland to just 10 points in the second half. Damien Football ends the season at 5-1 and the unofficial Baseline League “champs!”